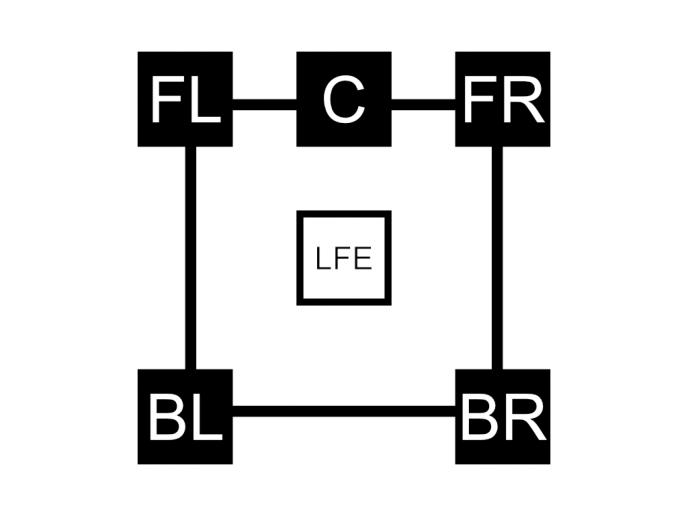 2020-09-10: Early release phase. Please let me know if you have any issue. dwChannelMask is a special kind of wave file metadata which allows to determine the roles of your audio channels. This is especially useful in a multi-channel workflow, where you can explicitly mark channels speakers positions in a surround environment, for eg, channel […] 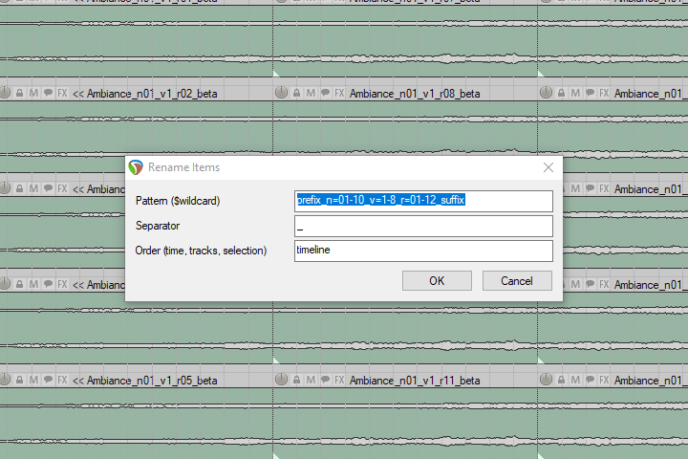 A set of scripts to import items and regions based on CSV. 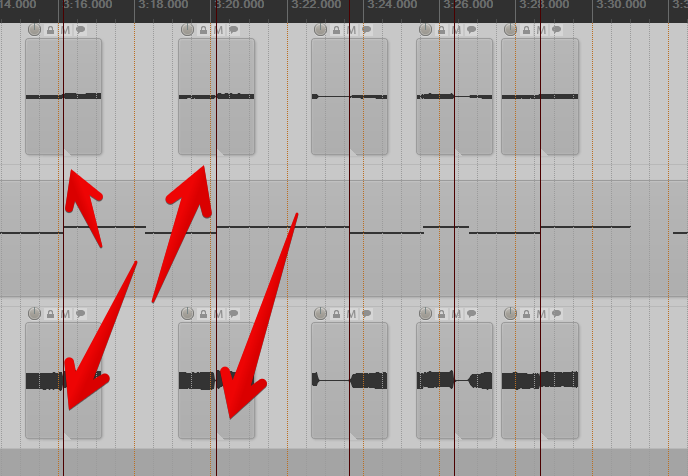 A complete pack of scripts for samples batch processing and editing. 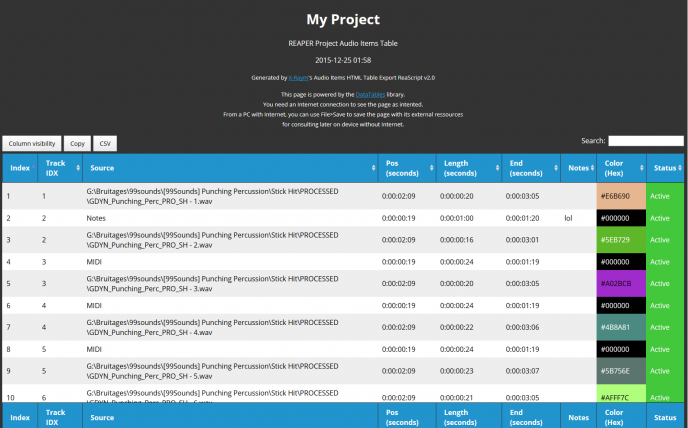 Having the possibility to export a REAPER project to HTML page or a CSV table can be helpful in a lot of different situations; Samples libraries file list Time coded notes instructions for music composer Event lists for sound design Reference setting for transposing some settings to another DAW… etc.. That’s why I built two […]