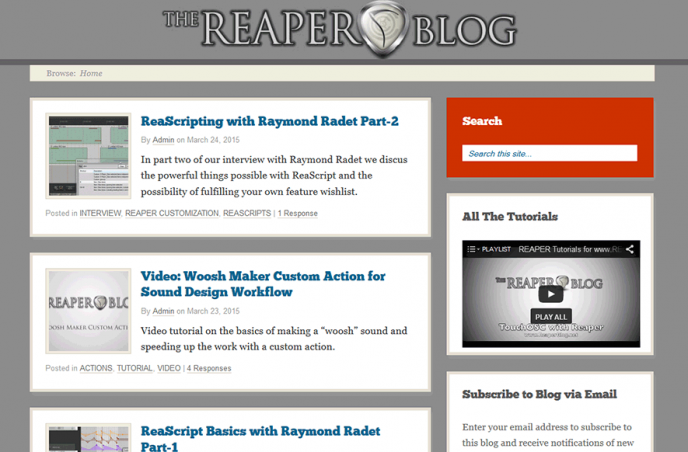 Few days ago, Jon published the first part of the answers I gave him for an interview about scripting for REAPER for his famous REAPER Blog.

It was an introduction of the concepts behind ReaScript and how it works.

The second part of this interview is more personal, as it is about how I jump into it, what I think about the way it is integrated with REAPER, and some other things like that. There is also a small showcase of what I have done with scripts so far, that will gave you a nice idea of the kind of great actions we can do with scripts in REAPER!

Here is the second and last part of this interview!

Now, you know what is possible with REAPER scripts and how it works…

Are you ready to begin, and to learn how to write your own scripts in the next articles of the serie? So… Let’s code!

How to Learn ReaScript for REAPER →